Read Pakistan organised its first ever fundraising event; ‘Sufi Mehfil with Sanam Marvi’ on March 16, 2019 at Alhamra Arts Council. The sole purpose of this event was to raise funds for the establishment of 1,00,000 school libraries which is one the core objectives of Read Pakistan. The event was initiated by Zunaira Khan, the youngest team leader of Trust. Politicians, writers, motivational speakers, bureaucrats and artists graced the event with their presence. Miss Sara Guftar and Mr. GM Shah made the event all the more magnificent with their subtle and elegant compering.

Since there cannot be a better way to start an event projected for the establishment of school libraries to further the vision of an educated Pakistan except with the audience paying tribute to the national anthem. After national anthem, the chairman of Read Pakistan, Farrukh Dall shared his thoughts regarding declining reading habits of our nation, the dying culture of books and why we need more than ever to culminate  reading habits within the youth in particular and the remaining public in general. Then, Qasim Ali Shah, renowned motivational speaker and writer, talked about the importance as well as the role of books in personal development. Afterwards, senator Waleed Iqbal who also happens to be the grandson of Allama Iqbal spoke about character development of youth through insightful reading. He also shared his thoughts about the poetry of Allama Iqbal and it’s influence. Amjad Islam Amjad, poet and  writer, voiced his opinions as well about reading and writing. Tauqeer Nasir, actor and director of Alhamra Arts Council, also shared his thoughts about the role of media industry and it’s influence on the nation.The evening became all the more special when two marvellous individuals joined Read Pakistan; Sanam Marvi as Read Ambassador and Syed Abid Qadri Gillani, former DG FIA, as an advisor. Chairman Farrukh presented shields to the chief guests, speakers and the star of the evening, none other than Sanam Marvi. Read Pakistan Award, the most prestigious award of the Trust, was given to sir Amjad Islam Amjad. There were two breath-taking performances by skilled Sufi dancers who stunned the audience and took them to the spiritual and mystic realm of Sufism. These dance performances were made ethereal with the voice-over narrating Rumi’s tale.

After dance performances, there was much awaited performance by Sanam Marvi whose heart-warming voice stunned the audience. The sufi singer surely performed like a graceful singer that she is mesmerising everyone. 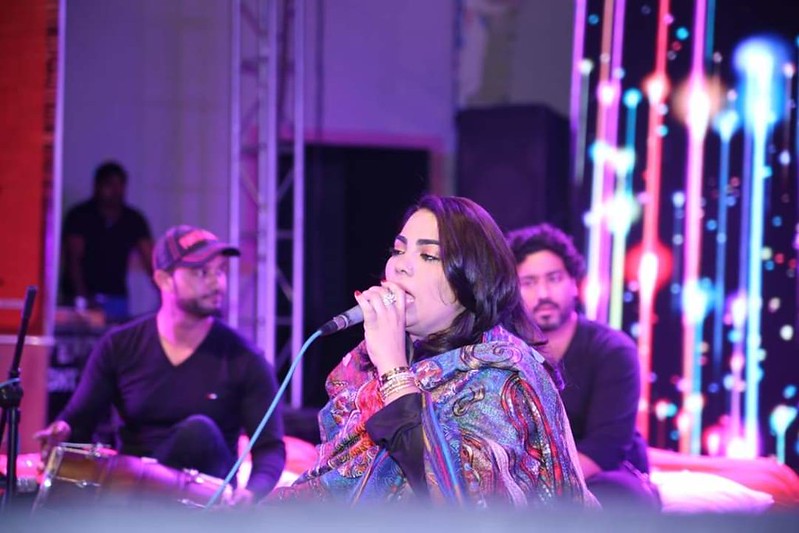