Reading bedtime stories from paper books rather than kindles can help parents bond with their children far more than using an e-reader or tablet, researchers have found.Since e-readers were invented there have been arguments about whether the technology distorted the experience, or enjoyment, of reading.Now the University of Sussex has discovered that children feel less of a physical and emotional connection to their parents if they are read bedtime stories from an electronic device.

The researchers believe that tablets can be distracting for youngsters, because they know they could be watching a film or playing a game on them instead of reading. It also changes the posture, allowing for less cuddling.

Dr Nicola Yuill, who led the study, said: “A paper book tends to have a single purpose, while an e-book is often only one app on a highly multi-functional device that can also be used to book tickets, play games, work on spreadsheets, and watch films.

“And because digital devices are so often used in solo situations, reading books on digital devices moves from a potentially shared activity to a more individual, private activity.

“Our results demonstrate that the use of digital technology and the activity of reading seemed to exist in two somewhat separate spheres.” 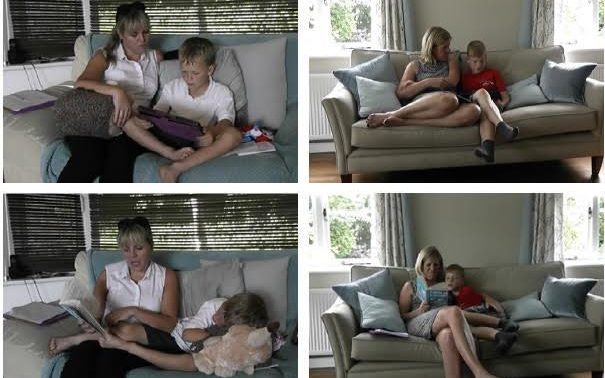 The researchers assessed seven to nine-year-old children and their mothers sharing a story book in each of four conditions: mother or child as reader, paper or tablet screen as medium.

They discovered that whilst the medium did not affect information retention, interaction and warmth was lower for screen than for paper and dropped over time for screens, particularly when children rather than mothers took the role of reader.

Children also showed higher story engagement with paper than with screen, and there was evidence that mothers made more story-relevant comments with paper books.

Additionally, the team found evidence that use was linked to different positioning for mother and child; on the whole, child readers held and used tablets in ways more typical of individual use, so mothers had to ‘shoulder-surf’ the screen.

The research was published in the journal Frontiers in Psychology. 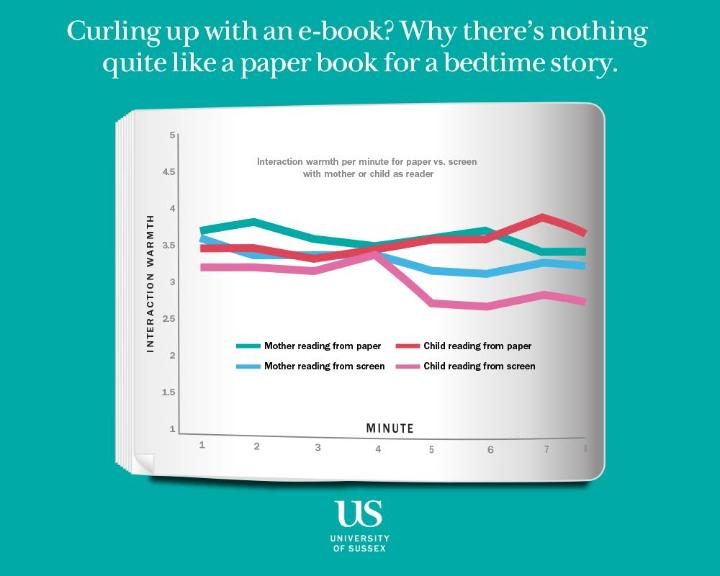 A graph showing how paper books beat e-readers for bonding.

Courtesy of THE TELEGRAPH