A survey of the hot books from Pakistan in 2015, including an Urdu collection of short short stories and numerous thrillers. 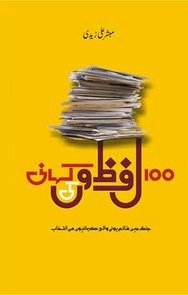 At the Express Tribune, Ishrat Ansari looked back at the top books from Pakistan’s literary scene in 2015. His conclusion? “Genres became increasingly diverse and offered a few pleasant surprises.”

Critic M Hameed Shahid told the paper that “[This year] the focus has been to breathe life back into literary thoughts and writing.”

One such work was Mubashar Ali Zaidi’s 100 Lafzon Ki Kahani — a collection of 100 word short stories —  which, according to Sharmeen Hussain, Marketing Head at Liberty Books, “sold quite well.”

Ansari said that, “the book contained material that was socially relevant and even people who never read Urdu fiction were drawn to it.”

Hussain added, “After the film Manto was screened across the country, the demand for the short story writer’s other books also increased.”

Among other titles cited Osman Samiuddin’s The Unquiet Ones, Peter Oborne’s Wounded Tiger, Yaroslav Trofimov’s The Siege of Mecca and Simon Lister’s Fire in Babylon all reached audiences. And in Urdu, Sab Say Bari Jang, written by Ahfazur Rehlman and based on “struggle of journalists during 1971, was the toast of the year.” 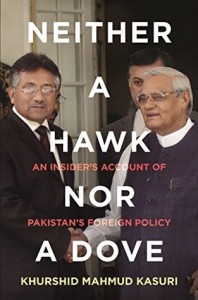 Oxford’s Saiyid said that non-fiction was also popular, including Neither a Hawk Nor a Dove by Khurshid Mahmud Kasuri, Quotes from the Quaid by Shariful Mujahid and Liaquat Merchant, Power Failure by Abida Hussain, Pakistan: Beyond the Crisis by State by Maleeha Lodhi, Life of Muhammad by A. Guillaume and Jinnah of Pakistan by Stanley Wolpert, and that books by Saman Shamsie and Hamida Khukhro also reached a wide audience.

“Our graphic novels or illustrated books on Pakistani role models were popular,” she said. “The Urdu Virsa series, which comprises selections from the works of best known Urdu poets, did quite well.”

Critic and Professor Sahar Ansari told the paper that to reach a wider audience contemporary writers are “trying to write in the same way that fiction is written,” adding “Anything [that] reads like fiction increases readability.”

However, he said that there were no breakthrough achievements in Pakistani fiction in 2015: “Writers are not working hard in their respective fields. They need to read international literature to broaden their vision.” 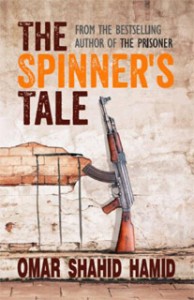 Even so, at dawn.com, Hamna Zubair examined what she calls a “neglected genre” that helped Pakistani fiction to “get its groove back in 2015.”

“Commenting on the state of Pakistani fiction as a whole is unfair because the machinery required to produce, sell and distribute local fiction in English in Pakistan is broken, lacking vibrancy, diversity and investment.

“Our salvation comes in the form of Indian publishers and the odd book published by fledgling independent publishing houses. And here, we can discern the glimmer of a trend — a trend that, if given its due, could transform the maddening chaos of our political and social landscape into fodder for exciting fiction.

And the reason for her excitement?

“What these books have in common, and what I find exciting, is this: their heroes are true sons of the soil, unabashedly Pakistani. In an age in which South Asian writers and foreign publishing houses fall prey to co-opting ‘ethnic’ tropes to reach a wider (read: white) audience, this alone is enough to warrant our applause.”

Which is important, she says, given this:

“…on the whole Pakistani fiction in English retains its stratification: those who publish with Western houses have the edge when it comes to visibility while those who publish in India, or locally, might avoid typecasting but risk dropping into literary oblivion.

“In this way, at least, Pakistani fiction in English reflects the society that breeds it – full of possibility, yes, but hindered by a system that ought to have righted itself by now.”