For many, ebooks represent the future of publishing and predict that physical books are destined to be a thing of the past. But some college students would tell you they’re not so sure that’s the case. 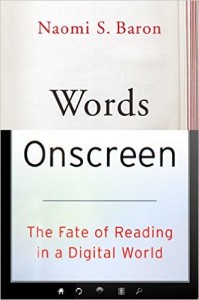 In her book Words Onscreen: The Fate of Reading in a Digital World, (Oxford University Press), Naomi S. Baron, a linguistics professor at American University, surveyed more than 300 university students from Japan, Germany, Slovakia, and the USA. What what she learned was that 92 percent of those surveyed preferred to do their “serious reading” in print—not on e-readers, phones, laptops, or tablets.

In an interview with Alice Robb for the New Republic, Baron talks about what’s behind the respondents’ input.

“There really is a physical tactile, kinesthetic component to reading,” she says. “In the Slovakian data, when I asked what do you like most about reading in hard copy, one out of 10 [students responding] talked about the smell of books.”

Students also told Baron that reading ebooks makes it difficult to know how much of the book they’ve actually read. Their sense of where something is on a page is non-existent with ereaders, they said. As one respondent put it, “I keep forgetting who the author is. In a print book all I have to do is flip back and I see it.”

But if that’s the case, as Baron is asked by Robb, why do students buy ebooks if they don’t like them? 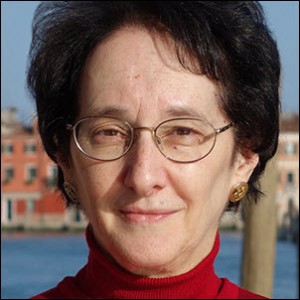 “One argument that students give in favor of electronic media is saving the environment. But this is a hard thing to measure well. If you read 400 books in the lifespan of your kindle, was that energy-efficient? Probably. But then there’s the question of energy and recycling. Where is it that these devices get recycled? Who does the recycling? What kind of protective gear do they have? And in terms of all those trees we use for paper—we have creative ways of using woodchips or whatever to make paper.

“In the United States, ebooks are less expensive. Students will say, ‘I’d like to have the print version, but the electronic version is so much less expensive.” But if you buy a book used, the publisher and the author are not getting any money, but they are getting another reader and they’re not cutting another tree. And the cost is less. And if it goes to a third generation the cost is really less.

“My major concern, as a person in higher education, is that we’re not listening. We’re assuming we’re being helpful by lowering price, by making it more convenient, by helping the environment, but we don’t bother asking our students what they think.”