The Four Books Every Social Entrepreneur Should Read

Willy Foote
I live and work a stone’s throw from Harvard University’s campus in Cambridge, Massachusetts. As the leaves begin to turn, 150,000 students descend upon Cambridge, Boston, and the surrounding towns to attend one of the more than 50 colleges in the metropolitan area. A big chunk of those students will be studying business—and each year, more and more of those students come to class determined to use enterprise and entrepreneurship as forces for good.

These students will undoubtedly read the classic business texts. They’ll debate Christensen’s ideas on disruptive innovation and Drucker’s theories on management, and they’ll be able to recite Collins’ “Level 5 Leadership” traits and Porter’s “Five Forces” from memory. But if they really want to be on the cutting edge of business, they’ll look beyond the foundations to the industry’s next frontier: leveraging the power of business to better the lives of those whom market forces have left behind.

Hey, business students: if you want to play on that cutting edge, you’re going to need a bit of supplemental reading. And these four books are a great place to start.

Collectively, these books challenge leaders across all sectors to imagine a world in which markets work for the world’s most vulnerable people, and then figure out a way to make that world possible. 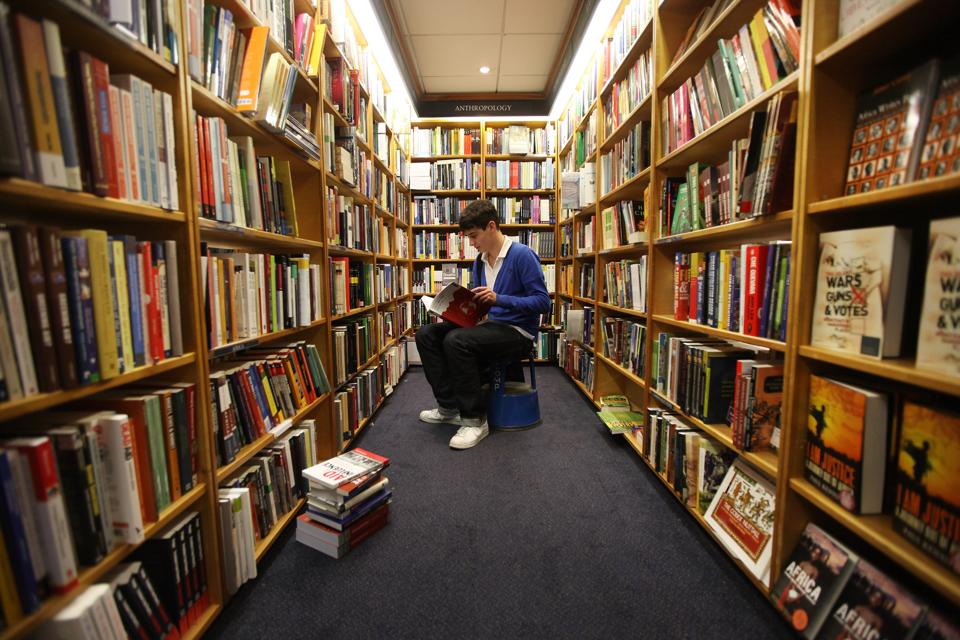 The Unfinished Social Entrepreneur is social impact pioneer Jonathan Lewis’ meditation on “the heart-mending, heart-ripping, heart-happy joy of social justice.” As Lewis says, this book is not a step-by-step manual for how to “do social entrepreneurship.” In fact, the book is less of a practical guide than a spiritual one. Reading Lewis’ meditations on issues such as preparation, passion and justice, any social entrepreneur will feel comforted by the knowledge that such an industry pioneer grapples with the same thorny issues that keep us up at night.

At some point, every entrepreneur feels the weight of shouldering responsibility beyond one’s own: a responsibility for the business and for the people it employs. For social entrepreneurs, that weighty responsibility is multiplied. Sure, I worry about meeting my organization’s budget each year and about finding (and retaining!) great talent—but I worry even more about our impact, whether it is good enough and, yes, whether I am good enough.

These are tough questions. But Lewis reminds us that we’re not alone in asking them. Meandering through the essays in this book, readers will feel both challenged and comforted. Challenged, because we’re reminded that we have a responsibility to work hard, to make sure we’re listening, to keep our hearts focused on making the world better. Comforted, because Lewis reminds us that we are all “unfinished.” No matter how great a social entrepreneur’s legacy, he or she will still face moments of doubt. And no matter how great the accomplishments, we always must strive to be better. Perfection, Lewis reminds us, is impossible to attain. School is always in session.

Kate Raworth, Oxford lecturer and self-described “renegade economist,” has spent years challenging the economic models that fail to consider the social and ecological ramifications of industrialization. In Doughnut Economics, Raworth envisions an alternate framework to these broken models that, until now, we’ve taken for granted. And the image she chooses to illustrate that framework? A doughnut.

Raworth argues that economics’ principal goal of endless GDP growth is both unsustainable and unjust; it puts relentless strain on the finite resources of the planet, while failing to account for the people whom markets leave behind. Rather than a line sloping endlessly upward, Raworth envisions two concentric circles: the outer containing the planet’s finite natural resources—the so-called ecological ceiling—and the inner containing the basic needs of the human race. In other words, a doughnut within which we can “thrive in balance.”

Raworth’s doughnut economics flips the script on a system that encourages us to deplete the world’s resources at the expense of the people who depend on them. In contrast, by thriving in the doughy, delicious space where people and planet coexist, we can make economics sweeten the deal for both.

The concepts that underpin this book have been around for years. But I’ve never seen them laid out so clearly, compellingly, or cheekily. Social entrepreneurs, it’s doughnut time—and I strongly recommend that you take a bite.

The Innovation Blind Spot: Why We Back the Wrong Ideas, and What to Do About It, Ross Baird

In the wake of the racist and hateful violence in Charlottesville that shook the United States to the core, I felt as if on the verge of an existential crisis. I wondered: In the context of what’s happening in my country, does supporting entrepreneurship abroad have a purpose?

But reading the response penned by Ross Baird, founder of Village Capital and a personal role model of mine, grounded me. Baird writes, “If you’re in impact investing, it means you likely have education, influence over where capital goes, and a certain level of privilege—which gives you the privilege to do something about systemic biases.” Well said.

In his new book, The Innovation Blind Spot, Baird calls for those with that education, influence and privilege to channel their resources towards the “one-pocket-thinkers” of the world. In contrast to “two-pocket thinking,” or the artificial separation of “business” and “charity,” “one-pocket thinkers” align their business acumen with their desire to change the world for the better.

It’s these one-pocket thinkers who create the enabling environments where social impact flourishes and hateful extremism starves. In West Africa, for instance, I’ve met dozens of social entrepreneurs who guarantee thousands of people an honest living and a decent wage—just a stone’s throw from the villages in northern Mali where terrorist networks fuel violent conflict. Where visionaries thrive, hatred cannot.

On a recent trip to Nicaragua, I had dinner with Rosario Castellón, founder of the country’s first-ever fair trade coffee cooperative and former senior loan officer for Root Capital. Two local Toña beers and a heaping bowl of gallopinto later, the conversation turned—as it does—to liberation theology, or the Catholic Church’s divine mandate for social justice.

In this majority-Catholic country with a history of deeply entrenched poverty, the fusion of equity and spirituality is woven into the very fabric of society. Rosario reminded me that many of the people who took up arms against the government in the 1980s and 90s were students of liberation theology. Today, with their country largely at peace, they continue the battle for social justice as leaders of cooperatives or other businesses. The same moral fight, but with different weapons.

If Baird provides the intellectual argument for social enterprise, Gutierrez and Farmer address the moral — why we do what we do. But with their focus on companionship, they strike at a subtler argument as well: the idea that we must gain “proximity to the poor” to truly understand the nuances of the obstacles they face. Too many times, nonprofit leaders and social entrepreneurs have prescribed solutions from Washington, D.C. or Brussels. Too many times, those solutions have made things worse instead of better.

The people we serve know what it’s like to feel powerless, whether it’s a powerless to address a problem or a powerless to stop a poorly thought out solution. But by walking in the company of the poor, we can shed the paternalism. We can view them as they are: partners, not pariahs. We can design solutions with them instead of for them.